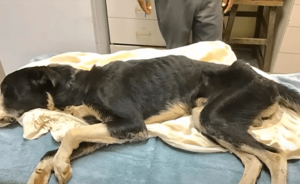 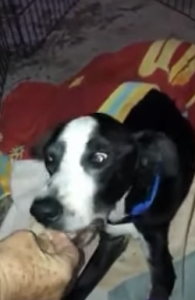 He was tied up on private land. Five days ago, someone came to get him and bring him to us. He only weighed 31 pounds, but a dog his size should have weighed at least twice as much. 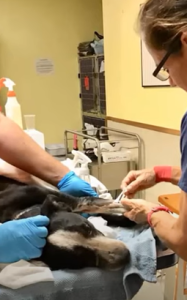 George could neither stand nor walk when he got to the Animal Welfare Center. He couldn’t even move his head. He was also very anemic and had a lot of fleas, which made him sick. The good thing is that George was interested in food right away. 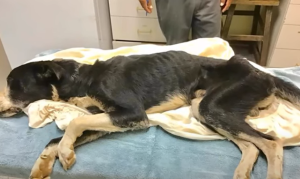 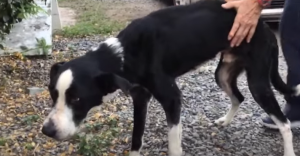 It’s a miracle that he doesn’t have heartworm disease. After getting IV fluids and special care for three days, George was able to stand for a few seconds. 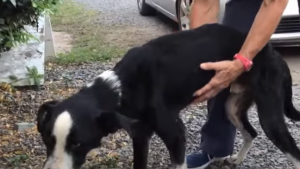 Feel free to watch the whole story in the video below!