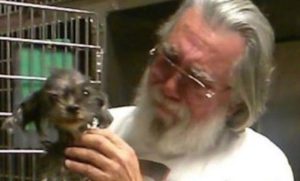 When he got a call from an animal shelter saying they had his dog, Mike Nuanes was confused. His girlfriend went right away to see if their four dogs were okay, and they were all there. Dogheirs says that he was even more confused when they told him they were calling from a shelter 1,400 miles away.

When he told Jill Davis from the Fulton County Animal Shelter in Atlanta, Georgia, that she must be wrong. She asked: ,,Is his name Jordan?” Mike’s jaw dropped at that point. Mike hadn’t seen Jordan, his Shih Tzu, in 8 years, when the dog was just a puppy. Mike and his late wife walked to a nearby house to have breakfast with family. 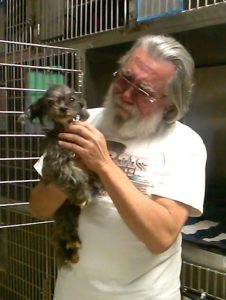 When they got back home, Jordan was no longer there. Mike didn’t know what happened, but he thinks she was taken from the backyard. Jill told them that a Good Samaritan had found Jordan as a stray and brought him to them the last week of October. He was in pretty bad shape: full of fleas, missing chunks of hair, and very thin. But when Jordan was scanned at the shelter, his microchip showed that he was Mike. Mike was shocked by the news, but Jill told the media, “It didn’t take him a second to say, ‘I’m going to get him a ticket and fly him out here to Denver.'”

A few days later, Mike flew from Denver to Atlanta and went to the shelter with a leash, food, food bowls, and a new collar, ready to see his long-lost friend. It was, at the very least, a sad reunion. 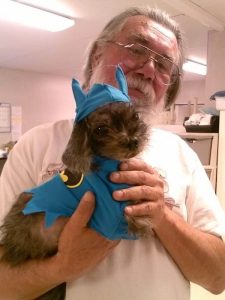 Jordan looks like he’s been through a lot and doesn’t seem to recognize Mike. When Mike got home, he told the shelter that Jordan was doing well and that he had been through a lot. Jordan was happy to meet Mike’s other four dogs and to be welcomed back home. Mike said, “They took him in right away, and they’re getting to know him better.” Even though Jordan had a terrible time, it’s so nice to know that he finally made it home.