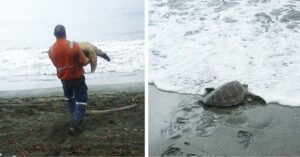 Two beautiful sea turtles that were supposed to be served at a gourmet restaurant in Papua New Guinea were saved.

Arron Culling and his coworker Mark got them from a nearby food market and put them back in the water, where they belonged. 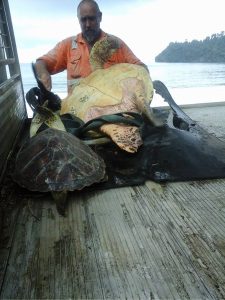 On Friday, Culling wrote on Facebook: ,,I found these at the local market. I paid $50 for them, drove them 5 km, and then let them go.”

This is not the first time Culling and his friend have saved turtles. About ten of them have already been saved. 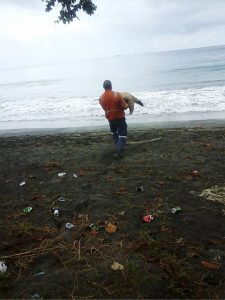 There are seven different kinds of sea turtles around the world, and almost all of them are in danger of going extinct because marine turtle fishing is still legal in most places. 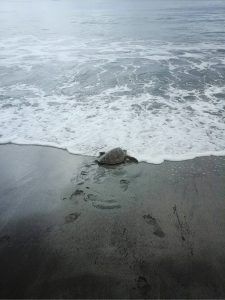