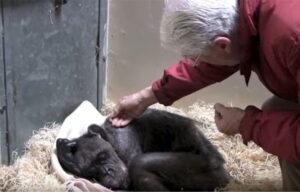 Mama was a chimpanzee who lived for 59 years and was the leader of her group at the Royal Burgers Zoo in Arnhem, the Netherlands. The colony is known for being the place where Frans De Waal did his groundbreaking research on how monkeys behave, which led to the book Chimpanzee Politics. 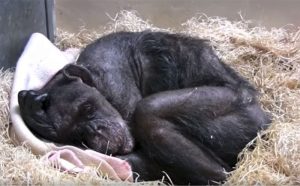 In April 2016, she was very sick and could not eat. She was nearing the end of her life. Jan van Hooff, a professor of behavioral biology and one of the people who helped start the colony, went back to the colony when he heard the news. He went to see Mama and give her his condolences. They were close, and they’d known each other since 1972. 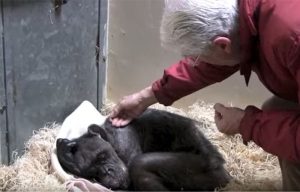 Mama was weak and seemed to be okay with the fact that she was going to pass away soon, so at first she didn’t recognize Jan. But when she does, everyone can see how she’s feeling, and it’s beautiful.

After a week, Mama passed away peacefully.