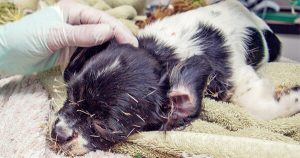 Last month, a dog in Arizona got into a really awkward situation after colliding with a cholla cactus. The 5-pound puppy with seeds buried throughout his little body was given to the Arizona Humane Society (AHS). However, Cholla Charlie is currently living carefree in his new home.

A kind Samaritan discovered the 5-month-old Chihuahua puppy hiding among cactus sycamores. It was on July 22 near Surrise, Arizona. He took him to Surrise Animal Control. The Arizona Humane Society’s New Healthcare Program, which assists in transferring shelter animals in need of medical attention to its Second Chance Animal Hospital, was then applied to Charlie. 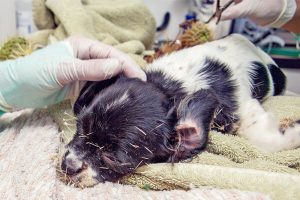 Charlie was put under anesthesia as soon as he was under their care so that all of the spines could be removed. The attack was very intense, since the splinters were everywhere. They were in his mouth, near his eyes, in his aws, just completely everywhere all over his little little body.

Charlie underwent a few days of observation at the veterinary hospital following the procedure to ensure there were no lingering illnesses or spines that had been overlooked during the extraction and may lead to infection. 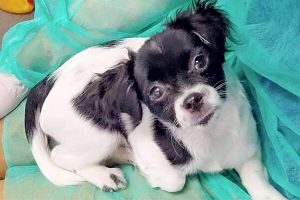 Charlie spent a few more days in a foster home. He is currently completely the wiggly, fussy, and affectionate 5-month-old that you would expect of a boy.

Little Charlie is as healthy and happy as can be. He was out on a date on Wednesday at the Everyday Adolescence Center run by etSmart Charities in Scottsdale. He found his new forefather family in a matter of hours. Scottsdale is where Charlie is now living his finest life.

He’s a perfect illustration of just one of the 15,000 animals that the Arizona Humane Society saves and places for adoption each year, according to Dicersn.

He is unquestionably a very lusty pup.