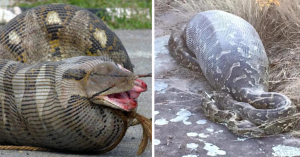 The Burmese Python develops its intestines and other organs in addition to the post-meal bloat within days of eating. How the organs may develop so rapidly was the subject of a recent research published in Physiological Genomics.

About 10 days pass before the Burmese Python has finished its food. Its metabolism and digestive functions begin to function 10 to 44 times quicker within two days of feeding. Its heart, liver, small intestines, and other organs had doubled in size three days after feeding. 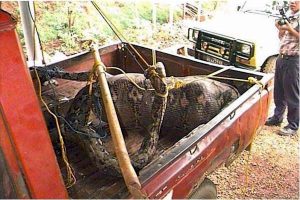 By the tenth day after eating, the food has been digested and these physiological effects have been undone. The Burmese python contracts and reverts to its pre-meal state so that it can repeat this cycle the following time it eats.

The scientists discovered that the snake’s meal altered the expression of at least 2,000 genes. To their astonishment, the majority of the shifts started within six hours of eating. 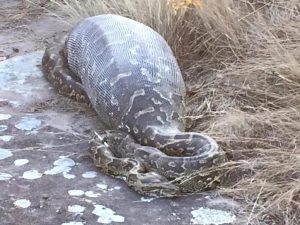