The Cutest And Tiniest Armadillo in Worldwide – The Pink Fairy Armadillo

The world’s smallest species of armadillo may also be its cutest.

A nocturnal creature from central Argentina, the pink fairy armadillo is roughly the size of a dollar bill.

Although it isn’t actually a fairy, learning about it may be as difficult. Seeing one in the wild is quite uncommon because it spends the majority of its life underground. So uncommon that armadillo researcher Mariella Superina spent 13 years working in its environment without ever seeing one. 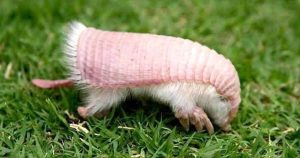 As a result, scientists don’t have a lot of information about its population size or trends. Despite having a pink fairy armadillo as its genuine name, it lacks the ability to fly or cast spells like a true fairy but does have a rose shell that acts as a radiator.

The armadillo gets its fairy-pink color from its capacity to control blood flow. That also allows it to control its internal body temperature. It is the smallest species of armadillo. It almost spends its whole life digging in the dirt to look for various insects and consume plant matter. 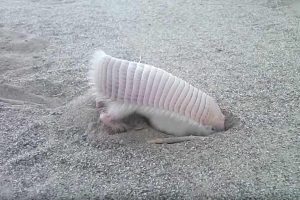 The pink fairy armadillo seldom spent more than a few seconds above earth. It is an extremely adept burrower because it only descends 6 inches. If maintained as a pet, it will probably pass away from stress or from being unable to adapt to a food that is not natural. According to Superina, 95 percent of pink fairy armadillos raised in captivity pass away after eight days.

Pink fairy armadillos may usually be found while it’s raining. When storms do occur, they are strong soaks that flood burrows and force the armadillo to the surface, despite the habitat of the armadillo receiving just 8 inches of rainfall yearly. 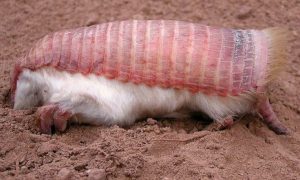 Additionally, Superina suggests that they may be emerging because armadillos often struggle with thermoregulation. That will be impacted if their fur gets wet. We can only expect to get a glimpse of the lovely little pink fairy armadillo sometimes because Superina and other specialists are unable to even determine whether or not it is endangered. 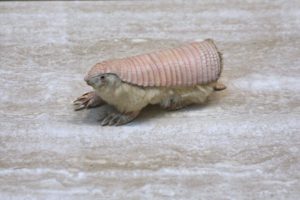 The figures are inadequate, to put it simply. Although they can’t be certain, they believe that human encroachment on its habitat is endangering its survival. Or perhaps it really is thriving right under our feet, just like the fabled fairies.