Driving at night may be risky, particularly if there are wild animals around. When you’re moving quickly down the road, it’s nearly hard to see one in your path until it’s too late. 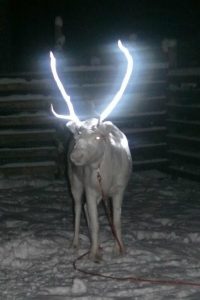 This is a problem in Finland, where 4,000 reindeer are said to perish annually from car accidents. It costed the country $18 million in losses. Therefore, it was time for someone to take action. In order to find a solution, the Finnish Reindeer Herders Association was motivated. Spraying the animals with reflective paint stood out as one of the most straightforward but brilliant ideas. 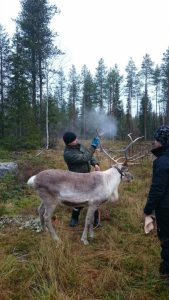 The animal is basically given a high-visibility jacket in the hopes that they would glow when the light strikes them, increasing the likelihood that a driver will detect them. According to Anne Ollila, chairperson of the Reindeer Herders Association: ,,The spray is being tried on fur at the present, but it may be much more effective on the antlers because they are visible from every aspect.” 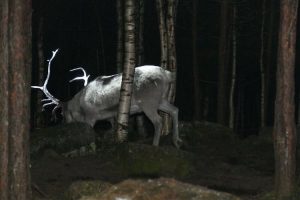 The organization claimed that: ,,The antlers interest extensively over the world and was the best promotion thus far. Although there are certain issues with the product’s usefulness and durability, product development is still going on.”

,,The Reindeer Herder’s Association” is given full credit for all images.