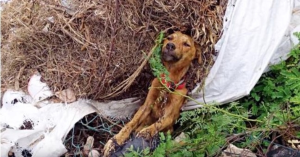 Alex was ready to give up. He was very weak, dehydrated, exhausted and had worm infested wounds on his body. Worse, he was stuck in the middle of nowhere on the side of the road with nowhere to run. He was wearing a necklace with a long chain, so he was stuck. Worse, he was not visible from the road. The chances of being rescued in time were slim. But what he didn’t know was that his life would soon get better and his past would no longer haunt him. A man named Alex was cleaning up the neighborhood when he discovered the neglected puppy. He immediately called Feed Friends Foundation, a local animal welfare organization, and asked for help. The puppy got named after him. 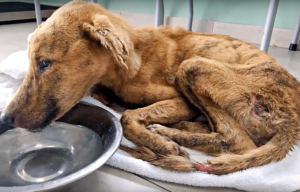 They agreed to take him in and found a wonderful host family in Alle Hadoc who took care of him as he recovered both physically and mentally. The road to recovery would be long and difficult, but neither Alex nor his support team would give up. 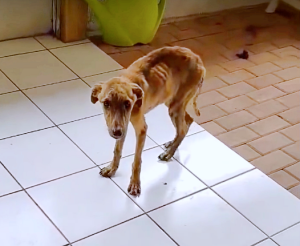 While living with his foster family, he met new dogs and kittens who guided and helped him. Alex was a very sweet dog and loved every person and animal he met. 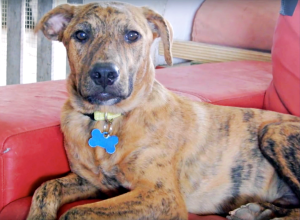 Over time, Alex began to heal both inside and out. The wound in his body healed, as did the wound in his heart. Once fully healed, he found a loving home where he is now enjoying his second chance at life! 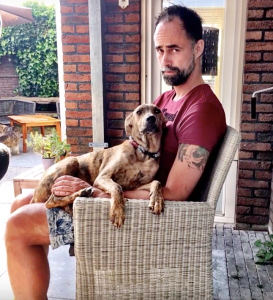 You can see the dog’s rescue and transformation in the video below!

Feel free to share it with your family and friends!