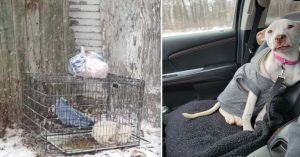 ,,Rosebud didn’t have much time left because she was locked in a cage as winter temperatures continued to drop.” Ruff Start Rescue said on Facebook. The dog was abandoned on a street in Minnesota a few weeks before Christmas. Rosebud was locked in a crate with no way out. 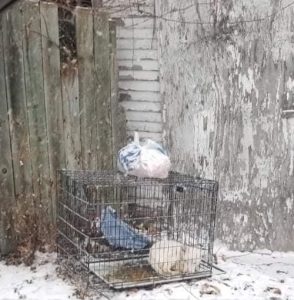 ,,Rosebud was found by pure chance after a Ruff Start handler fell into an alley in St. Paul. The thin and emaciated pit bull curled up in a ball and tried to keep warm but lost the battle against the cold. He wrapped himself as tightly as possible to prevent the cold from penetrating the iron shed, but his emaciated body could only protect him to a degree.” 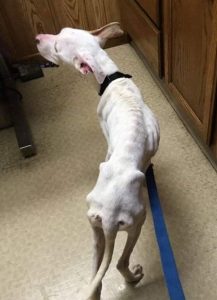 After being picked up by a volunteer, Rosebud was taken to Ruff Start Rescue’s veterinary team for an examination. 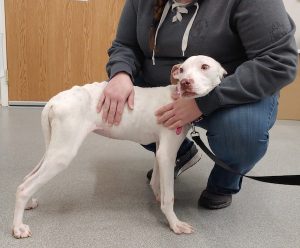 When Rosebud was brought to us, the medical examination showed signs of neglect all over her body. She has wounds and swollen paws that show she spent most of her life in a kennel. And she weighs only 19 kilograms when she should weigh at least 45 kilograms. 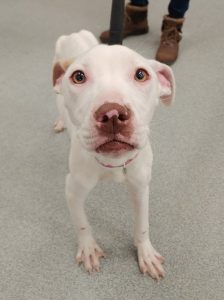 Rosebud was immediately handed over to Breanna Jensen’s foster family. Breanna had planned to take a short break from fostering during the holidays, but she couldn’t do it without Rosebud. 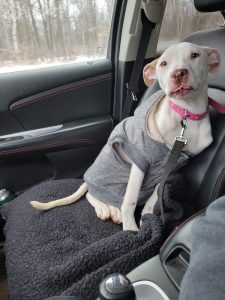 ,,I don’t think she would have lasted 24 hours.” Breanna says of Rosebud’s lucky rescue. Soon after arriving in a safe and loving home, Rosebud started to gain the necessary weight and enjoys the company of Breanna’s dogs. ,,She loves to run in the garden. She gets along well with the other dogs. She is the sweetest little girl in the world.” Breanna told CBS Minnesota. ,,She’s our little Christmas miracle.”

Ruff Start added on Facebook: ,,Aside from the horrible circumstances Rosebud had to live through, she is so loving and indestructible.” A month after her rescue, Rosebud had gained weight, was healthy and in such good spirits that she was offered for adoption.

Rosebud found a home! Azure Davis, founder of Ruff Start Rescue, wrote: ,,The news you’ve all been waiting for? What a difference 30 days can make. She is about to start a new life with her new family and new sister. For those wondering, Rosebud’s rescuer went back to the street to check and there were no other abandoned dogs on the street.”