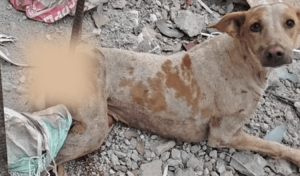 Neighbors found a beautiful dog hanging from a pole at a construction site. When they approached, to their horror, they saw that the pole was lodged in the dog’s buttocks and stung her. No matter how hard the puppy tried, she could not free herself. They called the Animal Aid Society for help, which immediately organized helpers who arrived with a chainsaw. 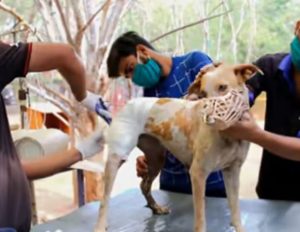 The frightened dog had to endure the horrible sounds of the saw hitting the metal, but we covered and comforted her until the bar was cut and she was free. 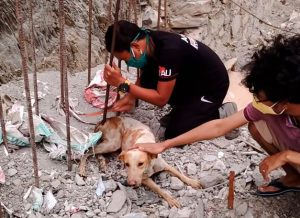 The wound was serious, but because there were no broken bones we were able to clean it, treat it and protect it with antibiotics. After the ordeal she had been through, she especially needed love to find the courage to recover. 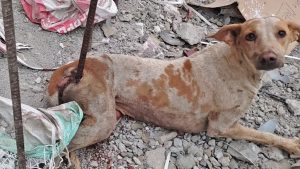 And after a month of daily dressings and lots of pampering, I can now introduce Shylee to you!