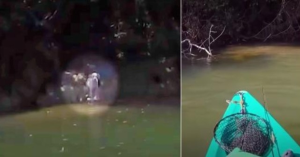 Like children also pets depend on humans for survival. They can only survive on their own up to a certain point. When resources abate, they starve. Unfortunately, that’s exactly what happened to this dog. Thankfully he met his match just in time! A kind gentleman named Fernando was canoeing when he arrived on a small island. Heartbreaking screams could be heard all around him. Then he saw a skinny, helpless dog. He knew that if he didn’t act quickly, the dog wouldn’t survive. 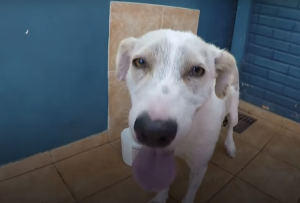 Fernando made a plan, hoping the dog would get into his boat. When he pulled the canoe ashore, he met the dog properly. The poor puppy was so happy to see him. How long has this dog been alone? He is completely exhausted! As Fernando explains in the video, the dog has such joy on his face. Seeing someone and knowing that he was no longer alone was exactly what he wanted! 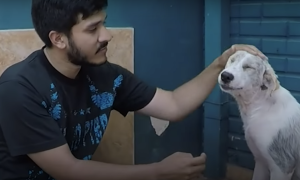 It was clear that the puppy belonged to humans. His tail was wagging all the time. Someone had deliberately left it on this island, which is heartbreaking in itself. Now the rescuer has to put him on a boat, but the dog is afraid of the water. Imagine being alone on a small island surrounded by water and being too scared to go near it! 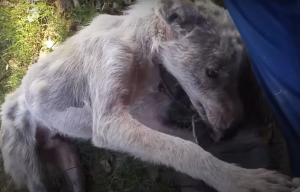 But then the dog finds the courage to try. It puts its paw on the boat, but as soon as it moves a little, it gets scared again. Fernando knows he has no choice. To save his life he has to catch the dog and force it to stay on the boat. 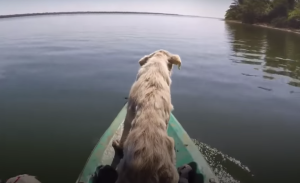 We’re safe on deck, time to take the dog to safety! Fernando rows more than two and a half miles. They go ashore and wait for the rescue team to arrive. 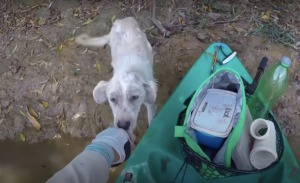 They will take him to the vet and make sure his condition improves as soon as possible. He’s completely malnourished and has severe mange. In the meantime, it’s time to take care of this brave dog. He gets lots of hugs and cuddles. 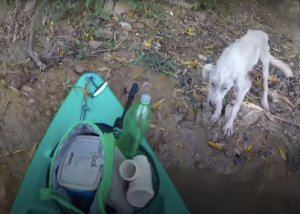 Once the dog is in good hands, Fernando leaves. He promises to visit soon, and he does! Five days later, the dog, now named Jack, is with his foster family. The little boy is very happy to see Fernando. Jack knows that it is thanks to this kind man that he is still alive. His wagging tail and the way he jumps like a dog says it all. 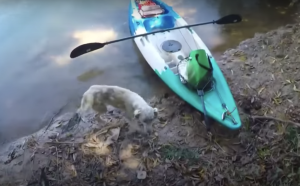 Jack will be put up for adoption as soon as he receives the necessary medical attention. Such a gentle and loving dog will have no trouble finding a new home. We are grateful to Fernando for finding Jack and doing everything in his power to keep him alive. 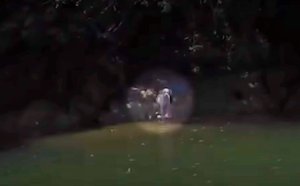 The whole story is too good to miss. Watch the video below and share this story with your loved ones!