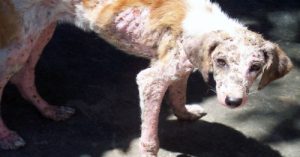 Every animal should have its own loving home. Unfortunately, not all animals lives start this way. The life of a dog named Scamper started as a stray dog on the street. But he was also in a lot of pain. His skin was very inflamed. He looked terrible, but luckily, some people in the neighborhood where he survived decided to contact someone for help. 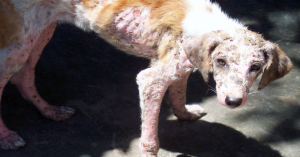 They contacted Animal Aid Unlimited and asked them to rescue the little dog. The rescuers immediately took the distressed dog to help. When they arrived on the scene, it was clear that the dog needed urgent help. His body was in very bad shape and he was so weak that he was curled up on himself. But despite his condition, he knew that the people who approached him wanted to help him, so he managed to gently wag his tail at them. 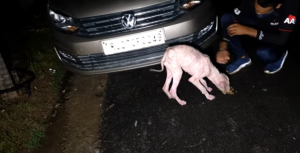 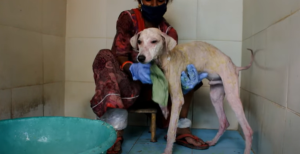 They took Scamper to the vet for treatment and discovered that the skin disease was mange, but it was a very serious form of mange. The disease was so advanced that it was life-threatening and needed to be treated immediately. Scamper was given a medicated bath. Over the next few weeks he began to feel and look better and this gave him a sweet and cheerful personality. 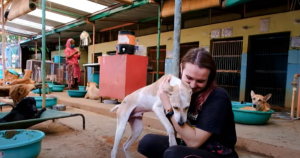 It’s amazing what loving treatment can do to help an animal make a full recovery. Now the playful puppy is barely recognizable as the sad dog in lockdown who started treatment just a few months ago.

Watch Scampers transformation in the video below and share his story with your loved ones!