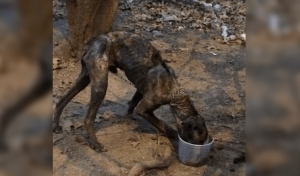 Let me introduce Tom. He is an emaciated dog who spent the first four years of his life chained to a tree without adequate food or water. His cruel owner in Alabama didn’t care about the dog’s health issues, which ranged from worms to locked closets, or the fact that the sweet dog was so thin and weighed less than 40 pounds when he was rescued.

Fortunately, dog rescue groups heard about Tom and brought him to a boarding facility in Minnesota. There he met his future owner.

Tom’s new parent wrote: ,,At first I was attracted to him because he was one of a dozen dogs and the only one that didn’t bark, yelp or jump around. When the current owner brought Tom home, he sat at the door for about 2 minutes. ,,I was worried that he wasn’t strong enough to walk up the stairs after being subjected to animal abuse for so long. When Tom was taken to the vet, it turned out that the little dog had a broken tooth and needed to be treated for heartworm. But Tom’s future looks bright.

Today the dog weighs almost 70 pounds and is a happy family dog! 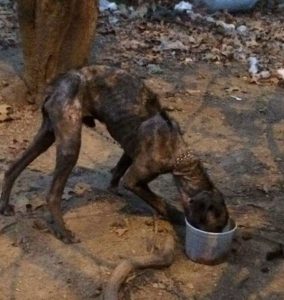 He suffered from worms and mange. Moreover he weighted under 40 pounds at that moment. He never had enough to eat, drink not even medical treatment. Tom met his future owner when rescuers took him to an animal event. 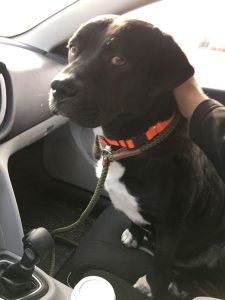 ,,I felt attached to him. He was the only one who didn’t bark, whine or jump around.” 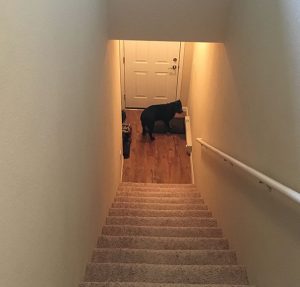 Tom received all the love and care he deserved from his new parents. 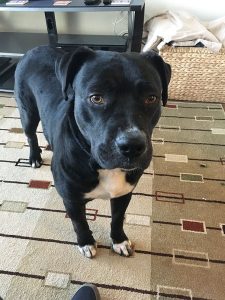 He slowly but surely is making up his way into his forever home. Tom’s life is better than ever. He weights now almost 70 pounds and is a satisfied dog. 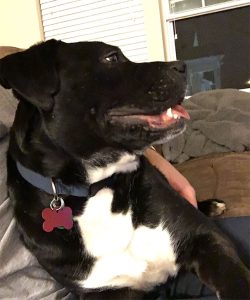