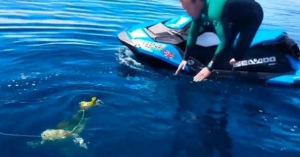 Bryce Trevett and Angel Hernandez were jet skiing off Palos Verdes in Los Angeles when they found a strange balloon floating in the middle of the ocean, writes ilovemydogsomuch. Upon closer inspection, they were horrified to see a young turtle trapped inside the mylar balloon. 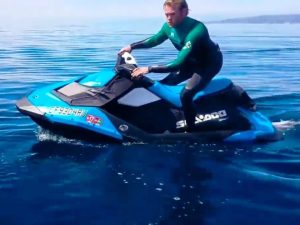 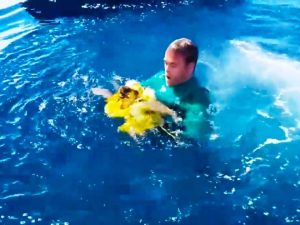 The turtle looked strong and healthy, so the two men released it back into the sea. This is the second time in recent months that Bryce and Angel have found a turtle wrapped in garbage. They say the ocean is full of abandoned balloons that threaten marine life. 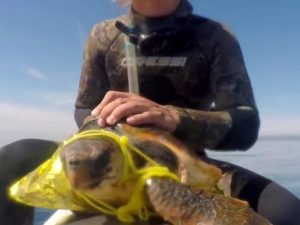 The duo hopes that people will dispose of the balloons responsibly instead of blowing them up. This story is incredibly disheartening and eye-opening at the same time. It’s time to stop littering and harming the well-being of other living things.