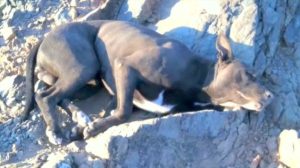 For a full hour she ran down the rocky mountains with the 47-kilogram pit bull in her arms. She was completely exhausted, but she never gave up. A woman named Andi Davis found a two-year-old pit bull nearly passing away on a rock during one of her hikes in Phoenix, Arizona. To her astonishment, she realized that it had several bullet wounds. 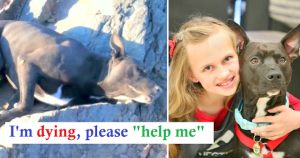 Andi offered him water but realized he was barely alive. She picked him up and ran down the path. In desperation, she dragged the 47-pound dog for an hour, hoping it would survive. 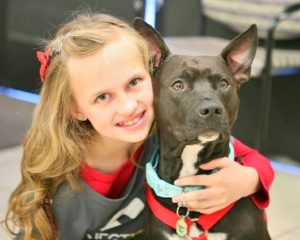 Andi took the pit bull to the Arizona Humane Society for first aid. Veterinarians treated the open wound in the animal’s stomach and the bullet fragments removed from its neck and spine. Andi was by his side, encouraging him to fight and live. 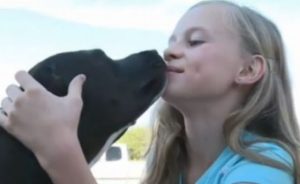 Thanks to Andi’s courage, the pit bull finally succeeded! Andi named him Elijah and decided to take him in. Elijah recovered quickly as he was showered with love and attention in his new home. 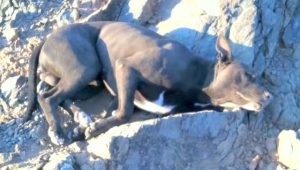 Watch the full story in the video below and pass it to your loved ones!