Adopters Think Their Deformed Dog Is Hideous So He Gets Ignored 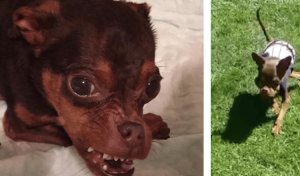 Whether they have special needs, permanent injuries or unusual features, all dogs are still precious creatures who deserve to be cherished.

A dog named Walter was neglected and abandoned at a shelter. The reasons why the dog was repeatedly forgotten broke the heart of a certain animal lover. Gabby, was already rescuing another dog at the animal shelter when she received a call from a volunteer about Walter. The volunteer said: ,,Hey Gabby, you have to see this dog!” The volunteer knew Gabby was interested in dogs with special needs and thought she could help Walter find a forever home. When Gabby saw this unique puppy, she knew immediately that he was not ordinary. She had never seen a dog so thin or with such a pronounced underbite. He also had obvious deformities in his legs and spine. Gabby didn’t care. She wanted to hug Walter and get to known him. 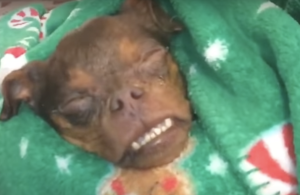 Gabby realized that Walter was not only special to her, but also accepted the cold and bitter truth. Because of Walter’s special needs, his placement would be very difficult and he would be in a shelter for a long time or euthanized. Many people were afraid to walk past Walter’s kennel. Many people thought the dog was just ugly. But not Gabby! She thought he was perfect. 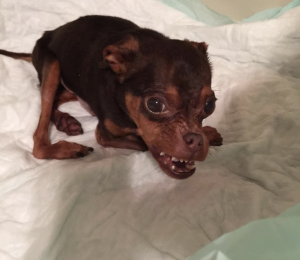 This kind-hearted woman knew immediately that she had to take Walter home and adopt him. Gabby overlooked the dog’s mistake. To her, Walter was perfect. It didn’t matter that he didn’t look like other dogs or that he didn’t have a long life. It mattered that he could be loved and that Gabby could give him a good life. 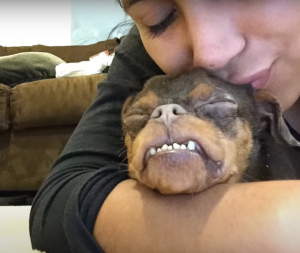 Walter suffers from a rare genetic disease called mucopolysaccharidosis, also known as MPS VI. Unfortunately, it is an incurable and progressive disease. But even if Walter doesn’t live long, that doesn’t mean he can’t live a good life. When Walter comes home with Gabby, Gabby immediately notices that he is unusual. He is always happy. She is determined to walk and run as much as possible. Even though his body finds it difficult to move, Walter doesn’t stop much. And Gabby likes it! 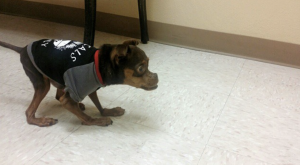 When Walter returned home, Gabby initially focused on physiotherapy in a small children’s pool. Walter loved it. And the water strengthened his body tremendously. Then it was time to conquer the garden. Walter was unstoppable and ran as fast as he could to catch up with his mother, who always encouraged him. 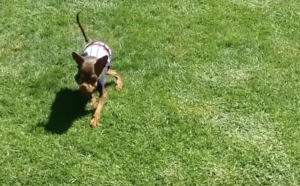 Gabby attributes her connection to Walter to her father who passed away of multiple sclerosis. In the video below, she explains that her father was also disabled at the end of his life, but was very strong. It gave Gabby a whole new perspective on people and animals who face so many challenges and yet persevere. Walter’s appearance and positive attitude reminded Gabby of her father. His father was just like that. 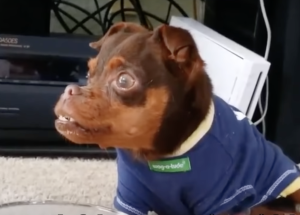 This story is truly special and the video below perfectly captures Walter and Gabby’s journey.

Take a break from your stressful daily life and watch it. Once you do, you will want to share it with your friends and family so that they understand that everybody deserves a happy life, no matter what!