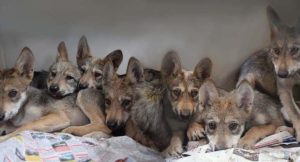 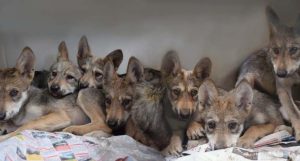 The cubs join mother Kawi, father Rydyr. Big brother Archyr was born in May last year. As well as two other cubs who did not survive.

The cubs were the first to come out of their box and this was captured on video by their mother.

The cubs come out of their den for the first time. Because the moths live in a protected area, until now visitors to the zoo could only see the cubs through a camera.

Zoo director Lynn Tupa said that staff were surprised that Kawi’s second litter had so many babies, even though the other babies were growing. 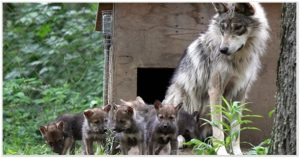 ABQ BioPark is part of an exciting national network supporting the recovery of endangered species in the Southwest.

The Albuquerque Zoo has been engaged in breeding activities for years and had 79 offspring since 1983.