Incredible Recovery Of Neglected Tiger Cub After Rescuing Her From Circus 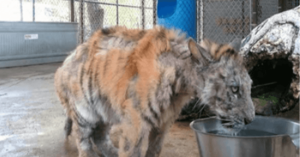 Aasha was extremely sick when Vicky Keahey, founder of the In-Sync Wildlife Rescue and Education Center in Texas, found her. Signs of malnutrition were clearly visible, as she weighed no more than the 100 pounds a three-month-old animal should weigh, but she was almost nine months old. 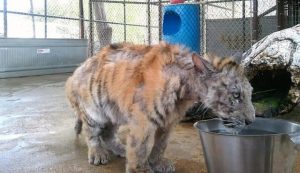 Vicky was very worried about Aasha’s poor condition and tried to find out what had happened to her.

,,I wondered how a nine-month-old tiger could be so small.” she told The Dodo. ,It turned out that the poor tiger cub belonged to a traveling circus. She was not allowed to eat because she was kept in a cage with a larger animal. She also developed a skin infection called ringworm, but the lack of care made matters worse. 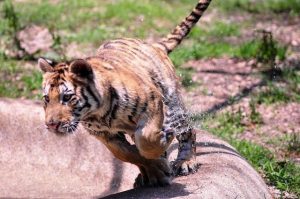 Vicky decided to take Aasha out and take care of her. She was placed in an isolated enclosure at In-Sync Exotics, The Dodo reported. ,,Aasha’s bald patches covered most of her body and her skin had stretch marks, dark areas and bleeding.” Vicky said. ,,Every day, I visited Aasha twice, gave her medicine and spent time with her. I knew I had to take care of her to make her better.” And after several weeks of proper care, the wild cat never recovered. 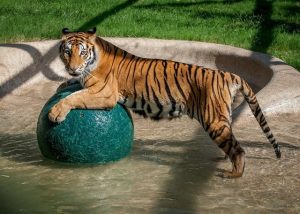 ,,After eight weeks of treatment, you could see hair growing back in the bald areas.” says Vicky. But it took almost eight months for Aasha to recover at an incredible pace. After eight months she looked like a real tiger and it was time to see how she would react to other tigers.” continues Vicky.

Now she is unrecognizable! 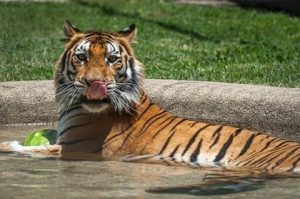 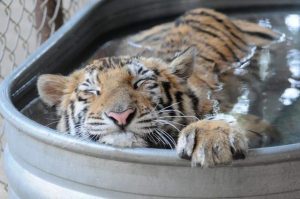 Watch Aasha’s full story in the video below and share it with your family and friends!