Masz Masuri and his son JB were on their way to Danga Bay, an amusement park in Malaysia, when they saw the poor animal wandering on a highway. Realizing that the animal was trembling with fear, the father and son set out to save its life.

On the highway, a busy and dangerous place with constant traffic, Masuri stopped his car. He quickly picked up the animal and put it in the back seat while the driver honked his horn behind him. The kitten immediately hid under the driver’s seat while the family took him to the vet. 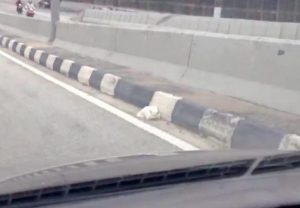 Masuri is the manager of the “Kitty Konnexion” cat community in Singapore, where she sends updates to the public and other cat communities via Facebook. She has received great support from many people. Thanks to Masuri’s heroic efforts and being in the right place at the right time, this kitten was lucky and may live another day.

As they say, cats have nine lives. 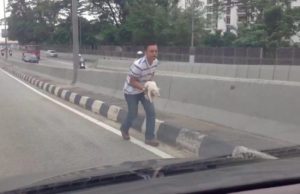 Unfortunately the family discovered that the cat’s paws all had blisters and blood. 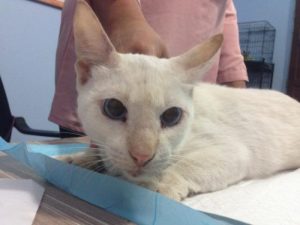 After the vet visit they found out that the stray’s right hind leg was fractured. She also had some cuts and bruises on her chest. The cat got named ,,Danga Bay”. She recovered and was adopted by a kind family in Malaysia. 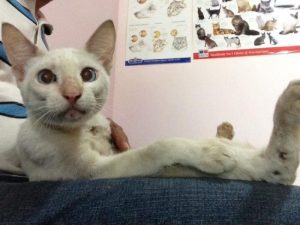 Rescued animals feel love in their souls when they are finally adopted and experience something good in their lives. This cat and this bearded dragon have become inseparable best friends, and while they make an odd pair, it works!
Share. Facebook