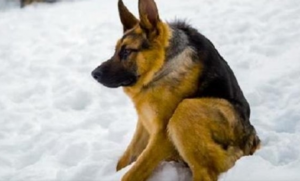 It’s been a while since we first heard about Quasimodo the dog, so we wanted to update you on his condition, writes Dogfull.

This very special puppy is one of only 15 dogs of his kind in the world. His mom will probably tell you there’s no one like him. This cuteness had a rare condition named short spine syndrome since his birth. His mom calls it: ,,He’s a real German Shepherd, only smaller.” He was found as a stray in Kentucky. He was almost afraid of people and very shy. But after meeting a loving person named Rachel, his personality emerged. 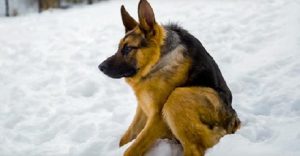 Today he enjoys running in the snow, playing with his friends and chasing dogs. He is apparently a real ladie’s man!. His owner founded Secondhand Hounds, a non-profit organization that rescues thousands of animals every year, and Quasimodo gets all the care and attention he needs.

He has to do some things differently from other dogs, like eating without bending down, but now he is a happy and carefree puppy who has found fans all over the world, including us!