Lion Wants Love From People And Climbs Into A Bus 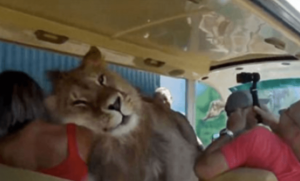 A young lion cub named Filya got into a bus full of tourists in Taigan Park in Crimea. The tourists looked at the lion and the lion approached them for a hug. The lion showed no sign of aggression. 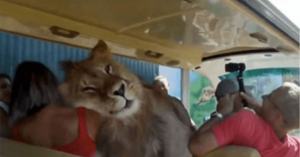 The lion did not attack any man or woman. Instead, it climbed inside the open vehicle and began licking several tourists and rubbing its nose affectionately. 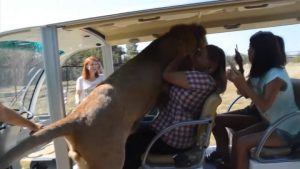 The pictures come a few months after a woman was mauled by a lion in the same park. I wouldn’t risk it. 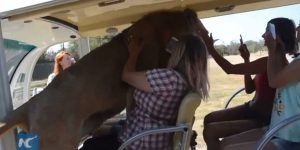 Tourists play and cuddle with Filya and take lots of videos and selfies to document this rare event. 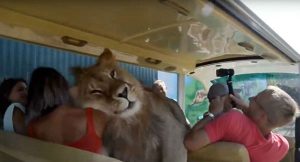 Last year, rare white lions were born in the park.

You can watch the video of this precious encounter below and share it with your friends and family!