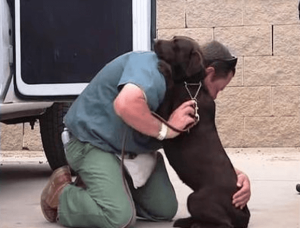 Animal welfare workers rescued a puppy named Esther from a filthy kennel. It was clear that Esther was extremely isolated as she was ignored and mistreated and tried to hide when she saw people! 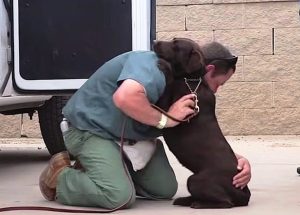 But a dog in a situation like Esther’s is usually put to sleep, but rescuers saw that they could save her. They created a program called the Prison Trained K-9 Companion Program, which allows inmates to recover from the most horrific cases of pet abuse. 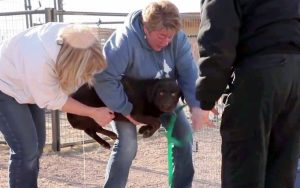 Jason Mayo, the inmate responsible for Esther’s recovery. Jason did an excellent job teaching her loyalty. Esther was always rewarded with hugs and kisses, which contributed greatly to her recovery. The good news is that she has turned into a people-loving dog. 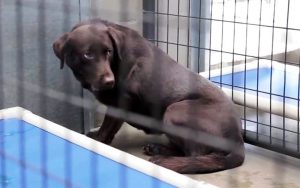 This was a turning point in her life as she was admitted to a large nursing home!

Enjoy the video clip below and don’t forget to share it with your friends and family.