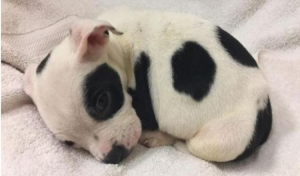 Meet Petey, a puppy who was abandoned in a park with his brother because he was different. A woman from Sacramento, California, was driving her son home from school when she saw the two dogs. She immediately took them to the vet. They were hungry, lethargic and frozen. Unfortunately, Petey’s brother died on arrival at the clinic, but Petey decided to fight for his life. 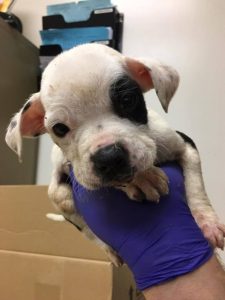 Because the puppy could not move properly, the vets immediately realized that something was wrong. It turned out that Petey was suffering from cerebellar hypoplasia, a neurological condition that means his cerebellum is not fully developed. 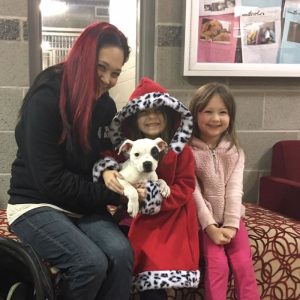 “It could be genetic or due to infections in the mother during development” Laurie Siperstein-Cook, a veterinarian at the Sacramento SPCA, told The Dodo. “Symptoms include head tremors, clumsiness and falls.” 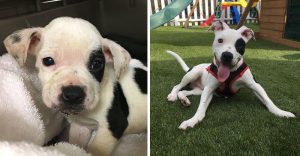 But Petey is still a playful dog: ,,He’s bubbly, curious and goofy.” says Westphal-Thomson, the dog’s foster mom. ,,He is also very confident and loves to meet new people.”

He has learned to eat on his own and loves to run and be cuddled. The abandoned puppy was quickly adopted by a loving couple who loved him very much. He will never be abandoned again because he was different. 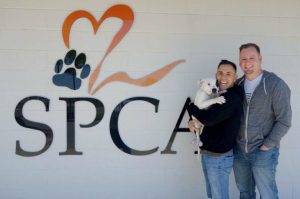 Watch Petey’s heartwarming story in the video below!