The Owner of This Dog Abandoned Him Because Of His Appearance

It’s no secret that dogs are man’s best friend. Thanks to their loyalty and ability to calm us down in the worst of times, simply by cuddling and snuggling, there are few people who don’t love dogs. There are many different types of dogs and they are all unique in their own way. But it’s not their looks that make us fall in love and enjoy them for life. Sure, we all think our dogs are the cutest things in the world, but their personality and their love for us has more to do with it than anything else.

Unfortunately, there are people in the world who are completely shallow and would ignore a dog because they don’t think it’s completely cute. That’s what happened to poor Beaux Tox. He is the happiest dog in the world, always wagging his tail and with a big smile on his face. Unfortunately, Beaux has a deformity that makes his face very different from other dogs.

Can you resist Beaux’s sweet smile?! 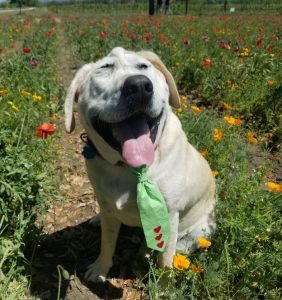 There are shallow people in the world who wouldn’t adopt this little guy because of his face, but when Jamie Hulit saw his face, she immediately fell in love. “A friend of mine put a picture of Beaux on Facebook and told me he needed a foster home or an adoption opportunity – anything,” Hulit explains. “That day I sent him a message and said, ‘I want to foster this dog and give him a home.”

Who can blame him for loving every minute of his life? 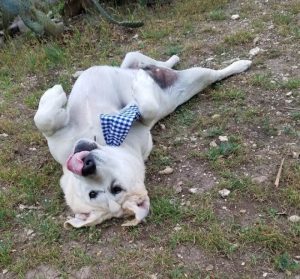 Beaux had a very difficult life for a dog as happy as Beaux. Early in his life, he had to contend with the fact that he was quite cramped in his mother’s womb. Because of the limited space to grow, when his mother still had six other puppies in her womb, he developed a “collapsed skull” and squinted eyes. “He was simply knocked out of the way and developed the way he did,” Hulit said, “But it had nothing to do with his intelligence.” In fact, an MRI scan showed that Beaux would have had no problems intellectually or with everyday activities. He had the ability to live a perfectly healthy life, and that’s exactly what he does!

This Babe got it written all over his precious face that he has nothing but love to give. 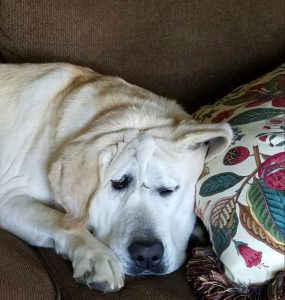 Because of his facial deformity, it was difficult for the breeders to sell him to a potential owner. “Because of his deformity in his face, the breeders couldn’t vend him,” Hulit reported. “So they gave him away free for charge. A man from Austin took Beaux in and named him Lucky. But after a while, the man’s cats began to not get along with the gentle Beaux. When the man realized this, he sent Beaux out to the backyard, where he lived the next five years completely isolated and outdoors. He was neglected, malnourished and didn’t even have a kennel to lie on.

You would never think that Beaux had a tough life because he smiles no matter what! 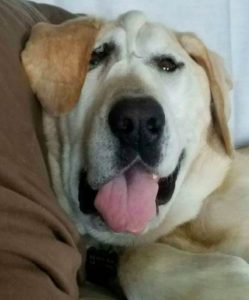 Local shelters tried desperately to give Beaux the life he deserved, but to no avail. Eventually, Hulit went to his home and found the poor puppy severely malnourished, full of fleas and completely neglected. Suddenly, nothing mattered, not Beaux’s appearance or his health problems. Hulit just wanted to take this dog out of this horrible environment and to a place where it would be truly loved.

This is how Beaux looked when Hulit first saw him. How can someone do this do his own dog? 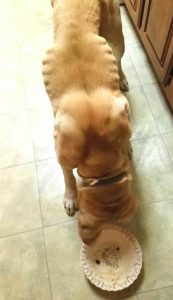 “At the time, I didn’t care how serious his illness was,” Hulit said. “I didn’t want him to go back into care and be sent away.” Hulit may have been very close to this issue, as she was also a victim of the care system from an early age, constantly being moved from one home to another with no real place to call home. 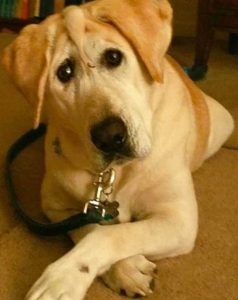 Hulit explained: “I wanted him to have stability and a place where he knew it was his home. So I adopted him directly from his owner. Beaux Tox had already travelled a lot and I just wanted him to be a dog. When Hulit took Beaux to the vet to be checked, he was told how serious the situation was and that his chances of survival were very slim. He was infected with heartworm, which can completely destroy a dog’s organs. Dr Jay Rydberg found that Beaux had only a 50 per cent chance of survival. But Hulit never gave up hope. She even promised herself that she would never give up until Beaux was cured.

Is it possible that this loving little man doesn’t warm your heart? 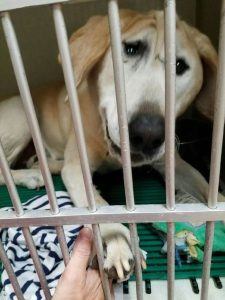 Beaux had to battle his health issues for awhile, however his mama never left his side nor gave up on him. 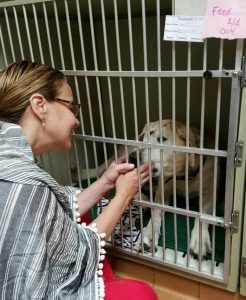 In the early stages of his treatment and recovery, Beaux was attached to an oxygen machine and there were many situations where things went wrong. Hulit and Dr Rydberg were by Beaux’s side at all times, supporting him when he needed it most. Beaux refused to give up and continued to fight.

The most amazing duo in this story is Dr. Rydberg and Beaux! 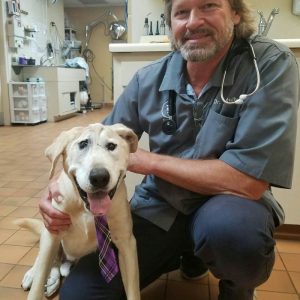 After months of fighting and overcoming his many illnesses, Beaux has finally regained his health and most of his weight! He has some permanent issues such as hearing loss in his left ear and some vision problems, but overall he is a very healthy dog. “Some people pay an amount of money for a dog’s papers, and I feel like I paid for his health certification,” Hulit said. “But I agree 100 percent, because I know he is now a happy and free man.”

His life is now blessed with health and happiness. 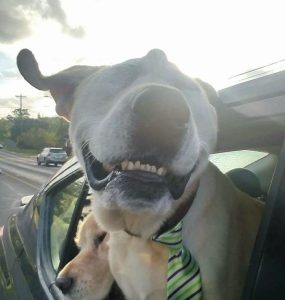 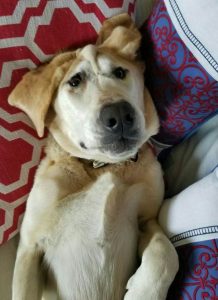 Beaux looks endless happy with everything life has to offer him. Especially with one of his loving siblings. 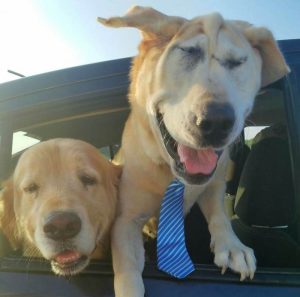 Beaux became besties with his other sibling. 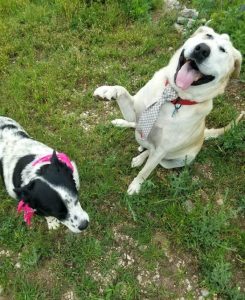 We and also Huilt are amazed at how far Beaux has come. 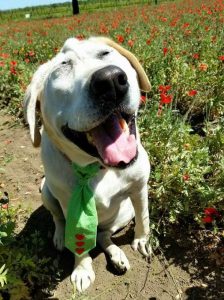 Huilt admits: ,,Beaux is full of life. He just brought so much to us.”