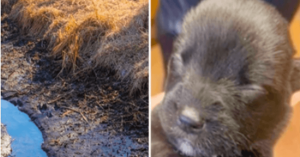 Sheriff Douglas Pernell had enough of animal torturers in Dillon County, South Carolina. He confronted them with a unique idea. The final straw came when Pernell learned what had happened to a litter of 3-day-old puppies in his county. As the former director of a local animal shelter, Pernell knows all too well about the animals that are abandoned and abused in his area. He believes he has finally found a solution to reduce the number of abused animals. 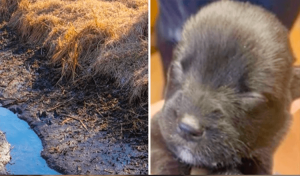 An employee at an animal shelter recently discovered something lying in a ditch. Upon closer inspection, the something turned out to be a litter of 12 puppies that were only a few days old. A heartless man had thrown the puppies into the ditch without their mother. He just left them there. They would surely have died if nobody found them. Sadly, two of the puppies died. They took the other ten puppies to the local shelter. They were in poor condition and had worms crawling on their little bodies. 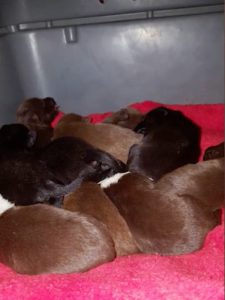 ,,I hope we can discourage people from leaving animals in ditches, abandoned houses or on the side of the road, as happened last weekend. I hope we’ll be able to educate them.” said Sheriff Douglas Pernell. 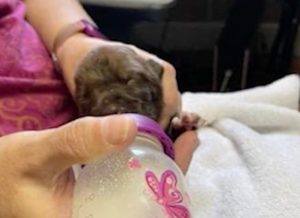 Fortunately, all 10 puppies were bottle-fed. So far they have recovered and are doing well. In the meantime, elected officials are investigating the matter and hope someone will come forward with more information.

If you have any information, please contact the Dillon County Sheriff’s Office. You can reach them at this number (843) 841-3721 or the Dillon County Animal Shelter at (843) 841-8844. I Love My Dog reminds our readers to contact their local animal control authorities or a local animal shelter if they can no longer care for their pet. It is never a good idea to abandon or dispose of an innocent animal as the result will likely be injury, abuse, death or all three.

Press play on the video to see the poor little puppies!