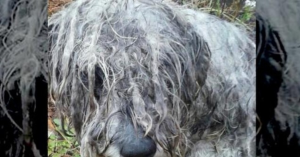 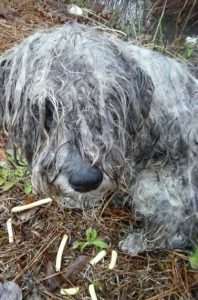 After shaving him, it was discovered that he had many wounds on his body. Some were old scars, others were fresh and bloody. I don’t understand how someone can hit a 15-pound schnauzer. This is horrible. 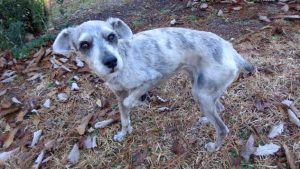 After shaving him. You can still see how nervous and thin he is. He had been treated so badly that he was afraid of most people, especially men. But this is the picture that I saw on the internet and fell in love with. I knew I had to save him. This picture was taken at the first night after the adoption. 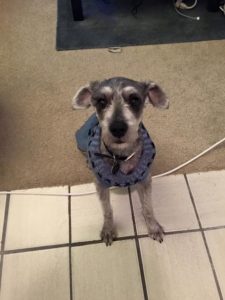 The picture shows him in the first month at his new home. He had to learn a lot. We had to perform the Potty training, he learned barking, possessiveness because he immediately got used to me and tries to push my husband away when he gets near him, car rides, etc. At the beginning he couldn’t even play with toys. 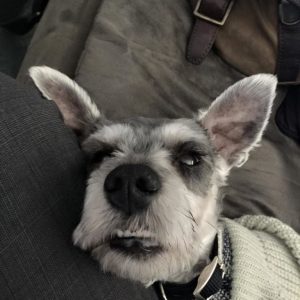 Look at this cuteness! 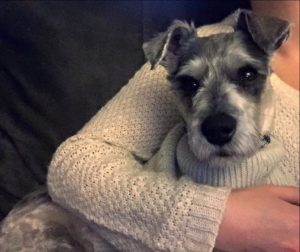 He learned everything so quickly. In 14 days we have had no more accidents and he learned most dog things. He loves catching things, riding in the car, cuddling, snuggling, vegetables and dryer sheets. He’s such a funny dog. Today my baby reached his ideal weight and became super soft. At the end of the month we’re taking him to the hairdresser to get a proper schnauzer look. He has come a long way and at times it has been a struggle. However, i know that he is grateful and worth it. Especially, when he lies on my lap and kisses my hand or face.
Share. Facebook